Social media pages are full of fake fans and fake profiles… They are everywhere, and the practice of buying them is relatively commonplace whichever social media platform you decide to consider.
Buying followers works in a variety of ways, but essentially a computer program which creates and runs a large number of email accounts, will create profiles on a platform, and login to each of them to perform a particular task. This could be things like following your account, or putting a ‘like’ on a post. This service can be bought, flooding your account with a tonne of activity, and people can do this to make themselves a fake social media celeb, being paid to post pics of your free clothes, cars and makeup brands… The ultimate fake it till you make it, sound good? 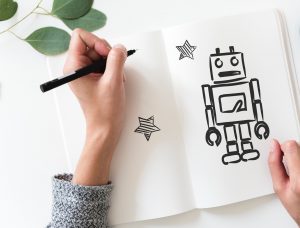 Human nature values popularity and we’re drawn to find things popular things interesting, due to the fact that subconsciously we feel that popular content has been validated and verified, by the previous interest of a large amount of people.

Imagine you’re searching for an acoustic cover of a song you like. One YouTube video has 11M views, the other 6K… Which one do you click on first? The more popular 11M one… That’s just how we’re wired.

So maybe buying fake followers is going to help you in this way. You are going to have a higher follower count, look more popular, and create a higher likelihood of attracting a potential viewer/follower on this basis alone. However, the content still has to be great to make them stay and you must still require a way to attract them in the first place…

Thats pretty much where the ‘good’ news ends. Let’s consider some potential negatives.

It’s going to harm, and possibly destroy you in the long-term.
As we’ve previously discussed in our article (post 3 times a week or 3 times a day?) social media platforms have algorithms that deliver relevant content, infront of relevant people. So your posts only go out to a small percentage of your followers in order to initially test for engagement. Let’s imagine now that those people that IG is ‘testing your content’ out on, are robots… Then you’re in trouble. You’ve just decimated your chances of competing against ANYONE with a real audience, as your robots aren’t able to engage with you like a real person can. This low engagement metric tells Instagram, Twitter, Google or Facebook, to suppress your post, and subsequently stop it from being shown to people, as it’s not as engaging as other posts in your space, with similar accounts. Your post, therefore, lands on robotic eyes and ears, and never reaches real people.

In short, even your real followers are no longer seeing your post. At the least, this will damage the conversation you have with your fanbase. At the worst, it will stop it entirely.

You’re probably not too far away from getting caught out.
Here’s the thing… Any fans of your accounts who take a little bit of time to nose-around your followers, is going to figure out pretty quickly that something isn’t adding up. We’ve all come across an account with millions of followers, and 5 likes on the most recent post. It just looks embarrassing, and shows an intent for that persons account to try and manipulate you as a fan, which we can all agree is not a good vibe.

Hoping, for a moment, that your follower purchase is subtle enough that you think you’re getting away with it, there’s all sorts of apps that anyone can use to test someones follower authenticity. Take fake check.co or hypeauditor and 5 mins later, you’re busted.

Let’s now imagine, that no one uses these tools, no one smells a rat, and people are randomly finding your account and piling into your pages because you’re looking super popular, whilst also making reasonable content. You’re probably still going to be screwed, because these platforms are spending millions learning new and effective ways to remove bot profiles, in order to benefit the user experience and keep their companies alive and well. Chances are, you’re a ticking time-bomb away from having all of your bot followers removed. If you think you’re out-smarting a team of the best tech developers in the world working around the clock in this field, you have to at least consider you might be a step behind in trying to trick them.

Whether it’s tomorrow, or a year from now, you’ll probably have to face the music. At the very least, your follower count will embarrassingly disappear and cause a huge tone of distrust among any real followers you had. At the worst, you’ll be kicked off the platform indefinitely, because buying followers is against the terms of service of every social media platform out there. Not to mention streaming services, where this kind of practice can land you in more trouble than just being banned.

Our main takeaway here, is that buying fake followers can work to some extent, in giving you social proofing, but the tech is catching up to the fakers. Sooner or later, the only thing that will win, is real influence, on real people. Don’t forget that if your goal is to build a sustaining business, and actually have a strategy that is conducive to long term growth and development, then this is not a move you should be making.

If you want to learn more, we’re always sending out advice, tricks, and tips for developing your online presence, to our subscribers via our mailing list. If you have found this article helpful, we have plenty more to share, just click here to sign-up. Or if you are interested in taking a comprehensive online course and gain the ability to run your own marketing campaigns for you business, watch a video on what our Understanding Online Marketing course is all about…